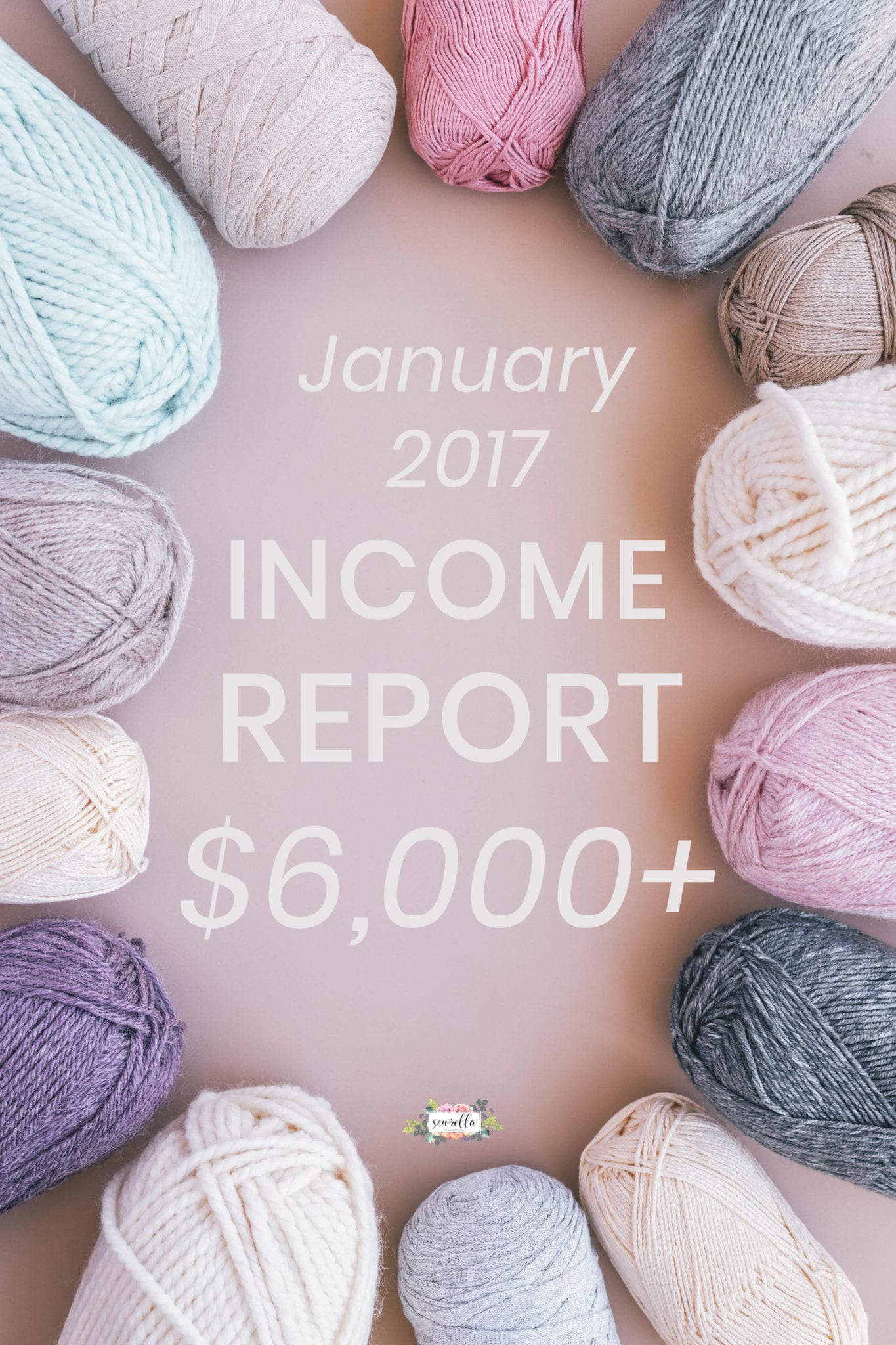 As some of you may know I started this little bloggy right at the beginning of last year (2016) with yarn in hand, creativity abounding, and no expectations.

It’s been exactly 1 year since then and BOY have things changed.

Below is a breakdown of my current traffic and income here on the blog, and some factors that led me here.

Now, you may be asking yourself “Why on EARTH would she put her income and numbers out there for all the world to see? Isn’t that part of the secret sauce?”

Nope! I started this blog a short while ago and have found great success (considering how long I’ve been working on it).

I want to encourage others to blog too!

Actually I put together my 3 Easy Steps to starting your own DIY blog HERE!

In the crochet niche of the internet, I’ve found one thing to be true – lots of people crochet, but not very many are publishing new patterns and putting out content.

There is a very small group of crochet bloggers out there (spend any time on Pinterest and you’ll quickly name several) dominating the market.

And this job is not hard to do!

Let me repeat that. THIS JOB IS NOT HARD TO DO.

It took me about half an hour to set up my blog initially and although I’ve made many adjustments along the way, my blog has been earning me good money with a really basic setup.

Now what do I mean by “good money”?

*Keep in mind that not all of this money is mine forever. I am the sole proprietor of my business and will pay taxes, am responsible for my own health insurance, and other expenses that a traditional job would supply. That’s still a lot of dough for playing with yarn though!

Some screenshots from google analytics:

Pageviews for the month of January: 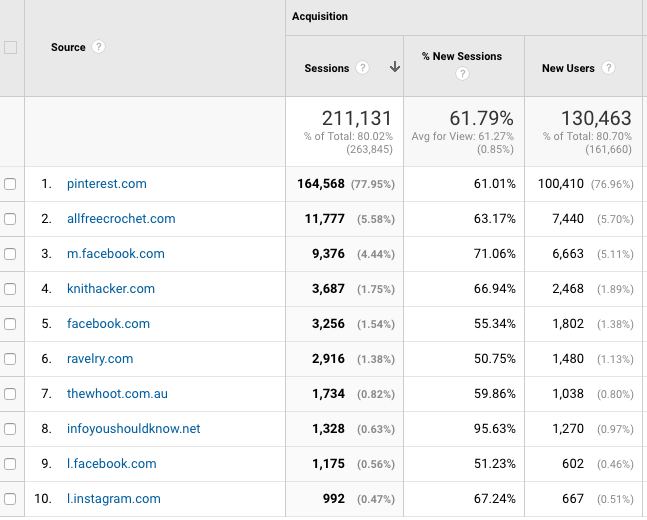 Let’s talk about what happened this month:
Quite a few things changed as far as income, expenses, and traffic. Let’s look at it a little more closely!

What do you want to see from my blog in 2017? I have so many ideas up my sleeve, it’s hard not to start them all at once! Leave me a suggestion in the comments below.

get my free crochet pattern series

+ my weekly newsletter straight to your inbox!

I design crochet and knitting patterns when I'm not indulging in chocolate chip cookies & Gilmore Girls.

Grab a cup of coffee & let's make something together!
About AshleighContactPolicies